Chinese New Year - The Year of the Rooster 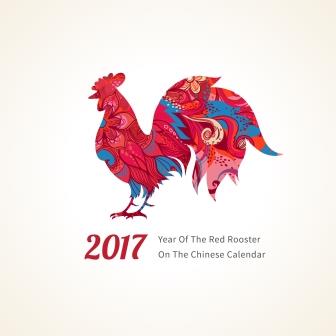 The rooster is the tenth sign in the Chinese zodiac and is also the most motivated of the signs.

Roosters are courageous, resourceful and hard-working, they like to use their own initiative, they are multi-talented and so many career options are open to them and as such their job plays a very important part of their lives. Fire Roosters are even more responsible at work; they pay important attention to timekeeping and are extremely trustworthy.

If you imagine a rooster in life – strutting its stuff, pruning as it goes – then that is to some extent how those born in the year of the Rooster behave, they have a tendency towards being vain and are not afraid to talk about their achievements. They expect others to pay attention when they talk and are very happy with the spotlight on them at social occasions. They are incredibly loyal to their friends; they are open, honest, chatty and amusing. Typically Roosters enjoy outdoor pursuits and will be active and healthy. They can be moody and stressed at times, but they recover and bounce back quickly.

If press reports are to believed then Meghan Markle and Prince Harry are dating. Many will have known her first for her role in the television show ‘Suits’. Meghan was born in August 1981 and as such is a Rooster. Prince Harry was born in September 1984 making him a Rat in terms of the Chinese zodiac. Unfortunately the Rooster and Rat are one of the worst Chinese animal sign matches – but only time will tell!