Spring - We Say Hello To A New Season! 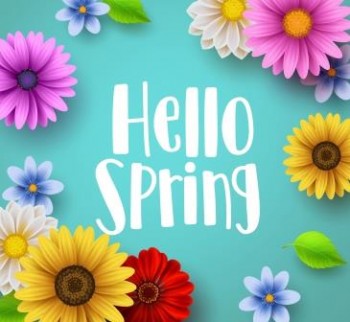 Spring in the UK brings with it lots of important dates, we cover a few today: St Patrick’s Day, Spring Equinox and of course Mother’s Day.

The 17th March brings with its St Patrick’s Day – a day that around the world turns Irish! You are quite likely to see celebrations in pubs and restaurants, waterways and even the beer turned green, and quite likely a lot of fancy dress, all in celebration of the ancient Gaels from the Emerald Isle.

But originally St Patrick’s Day was a Christian church Feast Day. Ironically St Patrick wasn’t in fact Irish! Historians believe that Maewyn Succat (later to be Saint Patrick), was born in the year 370 A.D. on the 17th March. He was born to Romano-British parents, but was kidnapped at the age of 16 by Irish Raiders, and for some time was held as a slave on the west coast of Ireland.

By his own confession he was spurred on by a dream in which God told him to flee, and he did just that and escaped back to Britain. At first, he studied to be a priest in Gaul at a church in Auxerre, but later went to Ireland to spread Christianity to the pagan land.

One thing that has been written about him is that he drove snakes out of Ireland, but historians believe that this is more a legends way of saying that he drove out pagan influences from Irish culture. It is likely that he rose to Bishop status, and we so say have him to thank for making the shamrock famous – as he used it as tool to teach the Holy Trinity.

Interestingly, it was the colour blue that was associated with Saint Patrick. There is no way to know why it is now associated with green, apart from the obvious references to the Emerald Isle and the lush green landscapes it offers. It is of course also the shamrock’s colour and a large part of the Irish flag.

If you want to follow tradition, and avoid a Leprechaun from pinching you, then dressing in green from head to toe will surely do the trick!

In the UK March or Spring Equinox occurs at 03.49 on Friday 20th March.

“The first real day of spring is like the first time a boy holds your hand. A flood of skin-tingling warmth consumes you, and everything shines with a fresh, colorful glow, making you forget that anything as cold and harsh as winter ever existed.” — Richelle E. Goodrich

Mother’s Day falls this year on Sunday 22nd March. Don’t forget to honour your Mum or Mother figures in your life! You might have your own ideas about what to get your Mum this year, from a card to flowers, to her favourite perfume. But if you want something a bit different then why not buy, or for an extra special touch make – a Simnel cake, that is traditionally associated with this day.