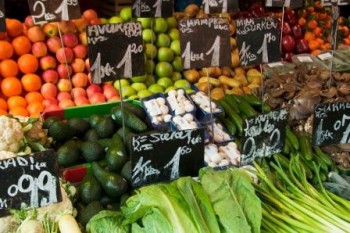 If you are going on holiday this year you might be able to pick up more than a straw donkey!

It is a well known fact that the UK is currently suffering from an obesity epidemic where as other countries seem to have less weight issues and less disease problems. Many people know about the health benefits of a ‘Mediterranean diet’ but there are other secrets out there:

According to European Commission Eastern Europeans (Latvia, Czech Republic and Poland) have the most enviable waistlines and their secret is cabbage! In autumn they pick cabbage which is used to fortify them through the winter months, cabbage is high in glutamine which reduces cravings and it contains a host of anti-carcinogenic properties which reduce the occurrences of cancer. Their daily diets also contain fermented dairy products; this is so effective that local physicians sometimes prescribe these items in order to combat high cholesterol.

Whilst in India they follow the laws of Ayurveda which is the science of living wisely and well. Three body types are recognised – Pitta, Vata & Kapha and people eat according to their identified type. They also include a whole host of spices in their daily diets that have many health advantages, for example: cinnamon for stabilising blood sugar, chilli for metabolism boosting, turmeric for aiding digestion and so on.

If you are visiting Australia you will no doubt have sun & BBQ’s on your mind, but in fact two of their most popular food items are avocados – they consume 2.5kg per person per year (compared with 0.5 in the UK) all of which helps to minimise cardiovascular diseases. And beetroot which supports detoxification and increases oxygen intake during exercise. Incidentally 70% of Australians carry out at least one form of exercise per week.

Scandinavia is where we are now looking for advice on healthy eating; their diet is full of wholegrains, fish and greens and is generally very simple and they have active outdoor lives all year round.

In the Middle East it is all about herbs – parsley and mint feature heavily, both aid digestion and are rich in vitamin C. Much of their diet contains garlic which is another aid to lowering cholesterol and their diets are packed with ancient grains such as Bulgar which contains more proteins and vitamins than in mature wheat grain.

In the Far East it is all about tea – white, black or green. Green tea has a polyphenol called EGCG which can be used to help control weight.

I’m sure we know that diet alone is not the answer and that exercise must play a part, something that each of these regions seems to have grasped already from hiking to surfing, from belly dancing to yoga.

But things are not all bad in the UK, we have a boom in farmers markets selling local grown fruits and vegetables such as asparagus, raspberries, strawberries, runner beans…many of which are organic and packed full of essential vitamins and minerals and we also have trends in exercise that take the country by storm.