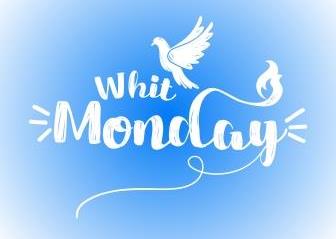 What’s Happening in the Month of June?

Many Christians will observe Whit Monday, sometimes it’s referred to as Pentecost Monday. As per the Christian Bible the day commemorates the Holy Spirit’s descent on Jesus Christ’s disciples. Originally this June day was a bank holiday in the UK, but it was moved following a trial between 1965-1970 of having the last day in May instead. Symbols for the day include flames, a dove and wind, all representing the Holy Spirit.

The Queen was actually born on 21st April 1926, so she turned 94 years old this year. But her ‘official’ birthday is celebrated in June each year. Normally this is marked by the ‘Trooping the Colour’ sometimes also called The Queen’s Birthday Parade. Unfortunately, Buckingham Palace has already announced that this won’t go ahead as normal this year.

The high solar point for 2020 will mark the longest day in the UK at 22.43pm on Saturday 20th June. Of course, once upon a time this was a very important Druid Fire Festival, and high points like hilltops would be found to burn fires atop. Many rituals would have been carried out as part of the festivities to celebrate the sun, and symbolise good fortune for the year to come. Plants like St John’s Wort were particularly revered and would have formed part of the decorations. At home you can have a small celebration to mark this important day by lighting candles of orange and gold colours to represent confidence and joy.

Some folk do see a link between Summer Solstice and Father’s Day, believing that Father’s Day may in fact originate in Pagan sun worship. Pagans often associate the Sun with the Father of the Universe; the two celebrations often fall on the same date or within a day of each other. Others believe that Father’s Day was introduced in America in 1910, and later adopted in the UK. It is said to be inspired by Mother’s Day, although interestingly the USA and UK have different dates for Mother’s Day, but Father’s Day is the same!

Capricorn are ruled by the planet Saturn. They are the tenth sign of the zodiac, dated 22nd December to 20th January. Their symbol is the Sea Goat, who rose...