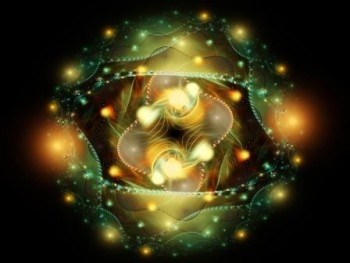 Remote viewing (RV), a form of extrasensory perception (ESP), is a term that was coined by parapsychologists in the 1970s and used to describe the ability to see or gather information using only the mind and none of the senses such as sight.

The practice, which is often called controlled remote viewing (CRV), became popularised two decades later in the 1990s when it became known the U.S. government had spent some twenty million dollars on a program to determine if it could benefit their military.

This program ended after only a few short years with the determination that remote viewing didn’t have any substantiated evidence that it could be used in matters of military intelligence. But prior to that, the U.S. had several secret programs in the 1970s and 1980s using RV experts with successful results.

Remote viewing was also tested and studied in Germany, whilst countries like China and the USSR have also intently studied ESP and similar psychic phenomena. In the UK in the early 2000s, the government also conducted experiments involved RV in which brain waves were studied, but the project ended without analyzing the results, which were said to be inconclusive.

This unique psychic reading has been used throughout time for solving crimes, finding missing persons, and even for making financial predictions. With remote viewing, the viewer is said to be able to envision or locate an object or person located out of sight.

In theory, RV transcends both space and time, allowing the viewer to “see” things from another country halfway around the world or perhaps even the past as well as the future. One does not have to have any inherent psychic abilities to learn remote viewing as very specific techniques can be learned to master the practice.

Certain components are necessary for a successful remote viewing, first, the subject or remote viewer, a distant target, the subject’s perceptions, and confirmation as to whether or not they were successful picking up on the target. RV doesn’t involve meditation, or being hypnotised, or having any out of body experiences and no one is yet sure exactly how the phenomenon works, just that it does and that some people have more success than others.

To begin practicing remote viewing, start with a simple experiment involving a few photos, opaque envelopes, and the help of a friend. Have your friend put pictures that you have not seen into the envelopes, numbering them sequentially. Simple, distinct images work best and the envelopes must, of course, be opaque.

Take one envelope and a piece of paper and pen to begin your first remote viewing session. The key is clearing your head of “mental noise” so that your mind will be able to perceive the image. Our brains are rarely “quiet” and this crucial aspect of RV is the most difficult to master, completely clearing and quieting the mind.

Jot down any thoughts or images, regardless of how fuzzy, that appear in your mind during your remote viewing session, which can last anywhere from a few minutes to an hour or more.

Although psychic abilities aren’t a prerequisite, remote viewing will require plenty of practice and training, along with an equal amount of patience. Learning how to perform a viewing has been compared to learning to play a musical instrument. Learn the techniques first then practice them over and over again for the best change of mastering a given task rather than merely reading about it.