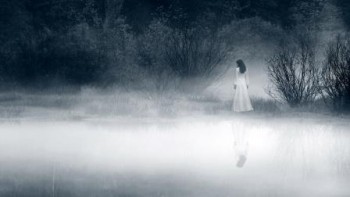 Summers end is the literal translation of Samhain; it is the beginning of the Celtic year and represents a time of welcoming home family ghosts. The festival runs from 31st October until the 2nd November and will incorporate All Souls’ Day and All Saints’ Day.

It is an important ‘Fire Festival’, although now most of us are likely to only celebrate the one day (31st) as Halloween. The fires served the purpose of driving away bad spirits as well as lighting the way home for the deceased and the living.

Rituals during Samhain focus on providing protection, laying old ghosts to rest, overcoming fears and obstacles, and in acceptance – understanding that life transitions and that we must make peace with one part of our life in order to move forward with another.

The Halloween colours of Orange and Black actually have significance.

Orange signifies ‘immortality’ (that is promised at this time) and black, purple or navy represent letting go of fears. Certain herbs and incense would also be used during the celebration: dittany, sage, nutmeg, cypress, ferns and pine.

It is thought that bad spirits, wicked witches and malevolent fairies have extra power at this transitional time of year, but that the bonfires and Jack ‘O’ Lanterns will limit their evil abilities.

Many of us at this time will question just why ghosts need to return, and choose to do so especially at this time. Well the strongest motivations are likely to be ‘unfinished business’ or a ‘sense of injustice’.

There is a famous story that captures this well; Sarah Whitehead (the sister of Philip Whitehead), was known as the ‘Black Lady’ and she haunted the Bank of England in Threadneedle Street. Philip worked at the bank, and unbeknown to Sarah he was hanged over a charge of forgery. The story goes that Sarah was not told of his fate at the time, but desperate with worry she visited the bank seeking information. On eventually finding out the truth, the people considered she had gone insane. As for the next 25 years she could be seen walking outside and in the bank enquiring as to his whereabouts, always dressed in mourning clothes (complete with a black veil).

Sarah was laid to rest at St Christopher-le-Stocks old city church which later became the Bank of England’s garden. But there were many ghostly sightings of her – sometimes she was seen wandering among the grave slabs and at other times kneeling and weeping at the stones. Staff were even to have said they saw her walking the Banks corridors, almost as if she could be approached – only to disappear as they got close. (Most of the appearances were during the 1890s)