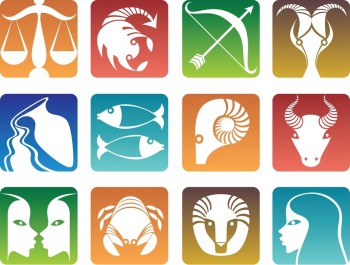 If you missed the first article, then click here now to read about Aries, Taurus, Gemini, Cancer, Leo and Virgo star signs.

Summed up in one word: Harmonious

Traits – As you might expect from the ‘scales’, Libra are well-balanced with a strong sense of what is right and what is wrong. They like things best when everything is in harmony, and this leads them to jobs where this can be a virtue. Whilst they are quite solitary people, they are good at dealing with others and they make friends and understand the complexities of human nature.

Summed up in one word: Intense

Traits – Scorpios can be charming, their inclination is to be alone, when in relationships they can literally leave a sting in the tail with their capacity to inflict pain and to be vengeful. They cultivate a mystical air around them, they are attracted to power and money, they act purposefully, but it is kindness and gentleness that alludes them, that they need to be taught by other signs.

Summed up in one word: Expansive

Traits – Sagittarians are extroverted and optimistic, and they seek the truth. They will champion the underdog every time. Sometimes their outspoken nature gets them into trouble. They do believe that anything is possible – you just have to dream it and want it badly enough, but they can let themselves down with a lack of staying-power. They will judge people not on their actions, but in their perceived motivations.

Summed up in one word: Prudent

Traits – Capricorns are serious individuals, they might be conventional but that doesn’t stop them being ambitious. Their quietly resolute personality and self-discipline gets the job done. As part of a group, they will often be told to ‘lighten up’, their domineering and highly responsible attitude makes this tough going. They are relied upon for their pragmatic attitude, but sometimes their inflexibility trips them up.

Summed up in one word: Idealist

Traits – Aquarians might be described as ‘eccentric’, they are certainly forward looking and individual. They are intellectual, independent and accepting of others in all guises. A long-term relationship with Aquarius is not easy, as they often neglect human feelings, but those that are willing to overlook such a trait find their inquiring unusual minds highly attractive.

Summed up in one word: Intuitive

Traits – Pisces folk are impressionable, imaginative and highly spiritual. They feel deeply, and emotions in a relationship is everything to them. They do not take or deal with rejection well. They are sensual people, connected to the arts and music – they are tactile people needing to see and touch everything in life. They have a tendency towards self-pity and occasionally they lose touch with reality of the moment.