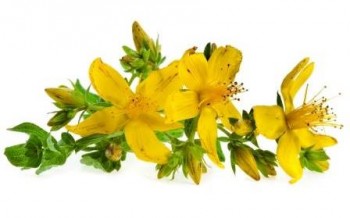 Summer Solstice occurs on the 20th June 2016 in the UK; marking the high solar point of the year and the longest day. Throughout the ages this day has celebrated courage and the assertion of power; along with a pairing of the Earth Goddess and the Sun God.

The summer solstice has been connected to St John the Baptist and his feast day; in time gone by this day would have been commemorated with fire wheels rolling down hilltops and bonfires lit at the top to mark the position of the sun.

There are several herbs and incenses that symbolises midsummer, such as chamomile, fennel, lavender, elder and verbena with meanings of health, success and power.

But perhaps the herb most associated with the day is St John’s Wort; previously it would have been picked on the eve of St John or solstice eve and its powerful properties would have been used to attract a lover, fertility and power.

In modern times we are still very much aware of St John’s Wort due to its many health applications – it is a perennial plant and is commonly known as the ‘sunshine herb’. Unusually for a herb it has been part of extensive medical studies and clinical trials. It has an active ingredient – hypericin, a compound – hyperforin as well as antioxidant properties and flavonoids, all together they make up the plants health benefits.

The hypericin appears to have a prolonging effect on serotonin, making it an effective remedy for mild to moderate depression, SAD and if combined with valerian it is also effective at treating anxiety, although this has not been as well researched.

Hyperforin has antibacterial properties and so it is a good barrier to infection, it may even be active against the stronger strains such as MRSA. Its antiviral properties are also thought to help with cold sores and to soothe the skin from scrapes and scratches.

Stress can be a factor in conditions such as IBS or those suffering migraines, where this is the case St John’s Wort can be an effective treatment by reducing anxiety.

Melatonin is the body’s natural sedative; St John’s Wort helps increase production and so can help in inducing sleep and in getting better quality sleep.

St John’s Wort is not a herb to take lightly; it does interact with medications, especially oral contraceptives and anti-depressants, but also sedatives and anaesthetics. It is important to get the potency right for the condition you are trying to treat, so it is essential to talk through with your GP before trying.