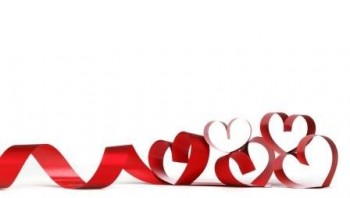 In this day and age where the use of smart phones is prolific we are used to seeing and using symbols such as emoticons to express our feelings without the use of words. But before these modern advancements there were many cultural symbols that held special significance and meaning in our lives. Just as people interpret emoticons in different ways with some icons in particular giving way to furious online debate about just what they represent, then older symbols can mean different things to different people/countries/religions and so on.

Here are some examples:

A Cross is a very personal symbol and best demonstrates how a symbol can have many different meanings to individuals, for example: religion, a compass, life, fertility, health, heaven & earth, body & soul, the four elements or the sun & stars.

The Heart of course means unconditional love, but also emotions and the spiritual centre.

The Griffin is a mythical creature, and as such part of its meaning is in relation to guarding treasure, but it is also an alert to danger as well as a symbol of vengeance and wisdom.

The Dove is an international symbol of peace first and foremost; two doves can mean a faithful marriage. To some people it will mean long life and love and in some religions it will stand for forgiveness.

Fleur De Lys as you might expect has French origins, it is interchangeable with lilies, they symbolise honesty, wisdom and fidelity.

A Lotus Flower can represent resurrection, creation and purity.

The Elephant is perhaps not a symbol that comes to mind, but it does have strong meanings: greatness, lifespan, wisdom, power, patience and memory.

The Eagle has been associated with many – the Aztecs, Ancient Romans, Native Americans to name a few; it represents Universal Spirit, strength and fearlessness.

Shapes also have significance – a Triangle denotes water, air, earth and fire; a Star denotes goals, hope and light; a Circle denotes the cycle of life and a Square denotes Earth (a square inside another square signifies our conscious mind).

A Fish indicates freedom from restraint, fertility, life and death.

The Lion is an icon many of us will be familiar with and it’s meaning of bravery, strength and power. It is often used in coats of arms, and people used them as gateway ornaments to protect the house occupants.

A Rose has all of the meanings that we imagine: love, beauty and truth.

A Snake has many meanings depending on the situation: it can represent medical professionals and healing, but also sexuality, fertility and renewal and lastly temptation!