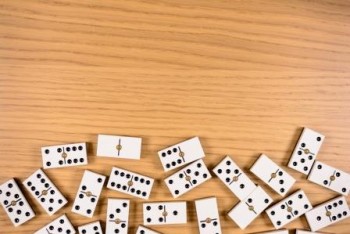 Here are the remaining dice meanings:

Four-Blank: Someone has confided in you, ensure you do not talk about anything ‘secret’ and divulge more than you intend as people could feel betrayed.

Four-One: In general this refers to money – the advice is to save and not spend and to pay off any debts whilst you have the means to do so – you never know when money will be scarce.

Four-Two: Surprising changes in life will improve things. Be careful where you place your trust, not all people will reward you correctly. Don’t take risks at this time.

Four-Three: Things will not be as bad as you imagine, now is not the time to be pessimistic. Put a positive spin on things, optimism and a good attitude will make for favourable circumstances.

Four-Four: Enjoy Life! Concentrate on being happy and finding joy, controlling all situations is not the key to happiness, wherever possible be spontaneous and contentment will follow.

Five-Blank: A friend needs empathy, support and advice, but tread carefully – it would be easy to say the wrong thing.

Five-One: Socially you are busy at this time, and some kind of event may lead to a new relationship, but pay attention as something promising could turn quickly.

Five-Two: This has several possible meanings – a child coming into the world, you need to be more patient or a description of a busy and happy social life…

Five-Three: Friends and family are supportive – they offer great advice. Financially you will be prosperous at this time. In life in general you feel happy with your lot.

Five-Four: Money may arrive from an official channel, such as the ‘tax office’, but whilst you may feel prosperous – now is not the time to overspend or be reckless with a windfall.

Five-Five: You will feel resistant to change, but going with the flow is the best course of action, you will avoid problems and frustration – have faith, all will work out in the end.

Six-Blank: You shouldn’t repeat any gossip that you hear – it is just that ‘gossip’ and is likely to be unkind and untrue. Be careful that you do not pass along any false secrets that you think you know.

Six-One: This signifies a commitment, it could be moving into together, or getting married, generally a spiritual pledge is being made. Any problems should fade away.

Six-Two: Be honest and ethical or you will later have regrets as well as having to face the consequences down the line. Good behaviour is later rewarded.

Six-Three: Travel is favourable at this time, not only will it bring you joy but also other benefits – maybe a business contact or a new relationship of one sort or another.

Six-Four: A legal matter or dispute may arise. Also be on the lookout for a disagreement between you and someone you know, things will resolve and you will have a greater respect and understanding for each other.

Six-Five: Your status in life is changing; perhaps you are becoming a parent or getting promoted? Those around you are supportive and bring many blessings.

Six-Six: As an opposite of the Blank-Blank, this is the domino you most want to see. It represents abundance in life – there is cause for celebration in all areas: spiritually, emotionally, professionally and financially.